Town Hall will be closed on Tuesday, November 2nd for Election Day. We will reopen at 8 am Wednesday.

Any utility customers who are delinquent on their accounts need to contact the Town before September 1st in order to avoid a disruption in their utility service.

Main Street will be closing tomorrow, August 6th, at 11:30 AM in preparation for the Music on Main Block Party.

Our in-town trash service has a schedule change. Until further notice, we will begin pick-up on the daily route at 7:00 AM and the daily route will be finished by 10 AM. We will service the entire route as usual but early, so make sure you have your trash curbside early! Businesses will be serviced early as well. Thank you.

On behalf of the Town of Pennington, I want to reassure each of you that we are continuing to work diligently to keep our residents, business owners, employees and guests safe, healthy, and informed.

We are committed to serve you with the highest level of response possible through the coming weeks.

We will continue the essential work of the town. That means trash pickups will continue as scheduled, our water and sewer treatment plants will remain fully operational, our Fire and Police Departments will continue to respond and patrol.

Regrettably, we will be reducing some services–The Community Center and the Lee Theatre will be closed through March 31, 2020.

We are limiting access to Town Hall. We offer alternate method of paying town bills.  Call-in 546-1177, drop-box located in front of Town Hall or  you may go to our website: www.paybill.com/townofpennington

The bathrooms at Leeman Field and the Welcome Center will be closed until further notice. Portable toilets in the park will remain open. Your health and safety remains our top priority.

If you have a question or concern, do not hesitate to call 546-1177 or email Keith.Harless@townofpenningtonva.gov

I would like to thank you for your patience and understanding.

On January 2, 2019 in an emergency hearing, Lee County PSA was granted an extension to a previous injunction requiring the Town of Pennington to continue providing water services for Big Hill and Miller/Smyth Chapel. Another hearing will be scheduled for some time in spring 2019. The Town of Pennington is hopeful the outcome of this hearing will result in a resolution in this matter.

Even though this injunction was extended, it does not change the following facts of the situation.

The Town of Pennington paid their engineer, The Lane Group, to produce a water and sewer rate analysis.  The rate study took into account all costs associated with the town’s water and sewer system. This study included guidelines set by state and federal government and the contracts between Pennington Gap and the wholesalers they supply with treated water.  The wholesalers include Dryden Water Authority, Woodway Water Authority, St. Charles Water Authority and Lee County PSA. Each authority has a contract with the town.

Pennington Gap water plant expanded from a 1 million gallon per day plant to a 2 million gallon plant. All parties involved agreed to help pay back the original loan/grant with each wholesaler having a separate contract based on certain allocations of the plant for which they are responsible.

After the new rate analysis was complete, all wholesalers were notified of the new rate increases. At that time there had been only one previous rate increase and that was in 2007 (11 years ago), other than Woodway water, who requested a larger capacity in 2010 to allow the sale of water to the Lee County PSA to supply water to the Stickleyville area.  All wholesalers were notified and all agreed to the new rates with the exception of Lee County PSA. Pennington Gap also raised the rates on its citizens and businesses as well starting in July 2017.

Lee County PSA has accused the town of using unjustified figures in the rate study. The Town uses the Industry Standards in the field of Town and Government operations in creating the town’s budget. The town has worked closely with the Virginia Department of Health on maximizing its water business model to make the water department as efficient as possible.  Using these methods, the town is divided into three categories. 1-general services 2- water 3-sewer.   Each employee is assigned to the department in which they work.  Administrative costs are distributed to each department, which is standard in town and city governments throughout Virginia. These departments should operate independently and be self-sustaining. Lee County PSA is alleging these practices are unheard of and not in the contract. These same standards were agreed upon in the 2007 rate increase and have been in place ever since.

As stated earlier, the town has not raised water rates to the Lee County PSA since 2007 and 1998 for Sewer. Lee County PSA has continually raised the rates on their customers who receive their water and sewer via Pennington Gap.  The town would like to call attention to these rate increases to the people of Big Hill, Miller-Smith Chapel, Dryden, and Ben-Hur Sewer.

Lee County PSA water rate to their customer is $36.00 for the first 2,000 gallons. Compare this amount to the amount they pay different vendors for the same amount of water. (see attached pg. 18 & 19 of the LENOWISCO Utility Rate Survey 2019)

The Town of Pennington is grateful that the town’s administrator is a resident of Lee County and is also a customer of the water and sewer system provided by the town.  The Town feels it is vital that people who are in a position to make important decisions on their behalf be subject to the effect of those decisions as well.

Town of Pennington has posted to their website a survey conducted by LENOWISCO (Utility Rate Survey 2019).  Also current audits performed by Thrower and Blanton Association. 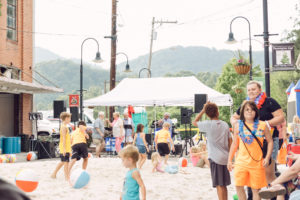