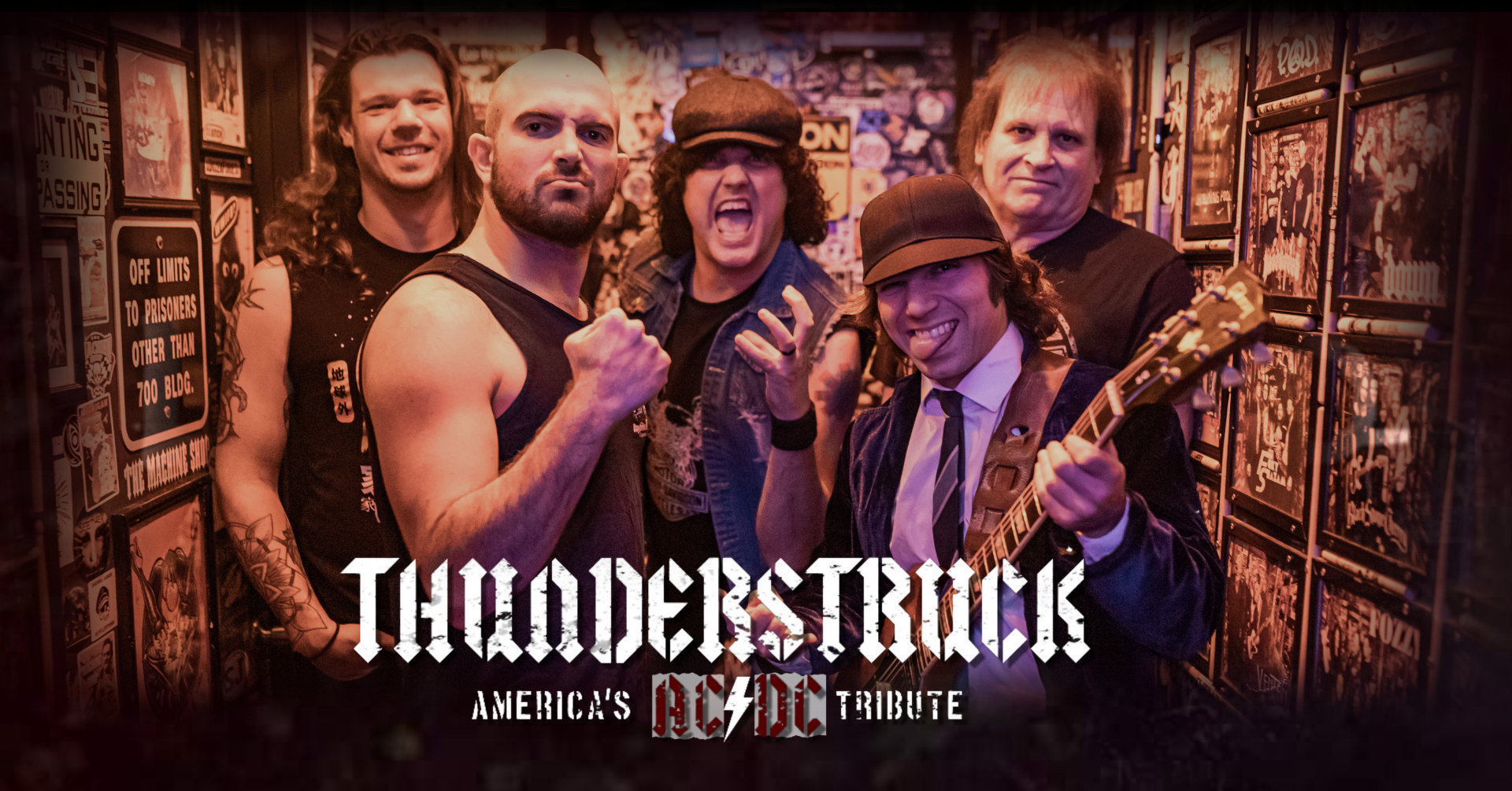 Thunderstruck: America’s AC/DC tribute bring their decades of combined musicianship to every stage they play, expertly recreating the AC/DC live concert experience, just the way fans remember it. Not only are they the complete embodiment of the next generation of AC/DC tribute band, they are a true rock band and family. They are five men completely united and driven by their own passion for AC/DC’s music. It is because of this passion that every member of Thunderstruck obsesses over the tones and structures of each song, the energy of each live AC/DC performance, as well as every piece of gear, to bring the power and entertainment of a genuine AC/DC show. The Apollo Theatre in Glasgow 1978, Pavillion de Paris in 1979, Landover Arena in 1981, Joe Louis Arena 1983…this is the world that Thunderstruck lives and breathes. And that’s what makes them the best AC/DC tribute band in America.

Come see Thunderstruck: America’s AC/DC Tribute at Lee Theatre on Friday, March 4, at 7 PM. Tickets are $15/advance or $20/night of the show. Tickets in advance can be purchased by calling 276-546-4000 or at https://www.leetheatre.org.